The origin of the term is based on the word creation Grexit [made up of English Gr eece or Gr eek (English for Greece or Greek and exit)], which is used to describe a possible departure of Greece from the euro area. The Frexit [portmanteau of FrANCE or French Fr ance and exit ] is also a follow-up neologism of Grexit.

The possibility of leaving was not regulated in the EU treaties for a long time. This changed with the Lisbon Treaty. Article 50 of the EU treaty now enables a member state to withdraw voluntarily.

For months, the EU and Great Britain negotiated a trade agreement in order to shape future economic and legal relations together. On December 24th, 2020, both sides reached an agreement.

On November 15, 2018, the EU and Great Britain agreed on a withdrawal agreement. In it, both sides formulated the goal of comprehensive economic and security cooperation. The Brexit treaty regulates Great Britain’s financial obligations towards the EU after an exit. EU citizens living in the UK or moving there before leaving the UK will still have the right to freedom of establishment. Conversely, this also applies to British citizens living in the EU. For Northern Ireland A safety clause (“backstop”) was agreed: If the EU and Great Britain fail to agree on a treaty on future relations, in particular a comprehensive free trade agreement, during the transition phase, Northern Ireland will remain in the internal market and Great Britain in the customs union. Such a fallback solution can only be lifted by mutual agreement. In addition, the transition phase may be extended once if the negotiations do not achieve a result.

In Great Britain, the exit treaty met with resolute resistance from the “Brexiteers”. They particularly objected to the backstop, among other things because it required controls between Northern Ireland and Great Britain and it could be used by the EU as a lever for the Kingdom to remain in the internal market in general. Prime Minister May tried in vainto achieve a time limit for the backstop with the EU. In the lower house, the Brexit treaty fell through three times: on January 15, 2019 with 202 against 432 votes, on March 12. with 242 against 391 votes and on March 29th with 286 against 344 votes. On March 13, 2019, a majority of MPs spoke out against leaving the EU without an agreement (unregulated or hard Brexit). By April 2, 2019, none of the numerous alternatives to the Brexit treaty (»indicative votes«) received a majority in the lower house. Prime Minister May agreed several times with the EU to postpone the exit date in order to prevent a no-deal Brexit.

Johnson negotiated a contract with the EU in mid-October 2019 that largely corresponds to that of his predecessor May. The main correction is that the backstop is no longer in its old form. Northern Ireland and Great Britain form a customs union, at the same time Northern Ireland is affected by EU regulations. The negotiated contract had to be brought through the British Parliament, where Johnson lacked a majority. In order to organize this, he sought new elections, which gave his party a clear absolute majority of the seats on December 12, 2019. It enabled Johnson to lead the UK out of the EU in January 2020. On January 22nd, 2020 the Brexit Act was finally passed by the British Parliament and the following day by the Queen Elizabeth II put into effect. After ratification by the EU Parliament (January 29, 2020) and the final approval of the remaining EU states (January 30, 2020), Great Britain was able to leave the EU on January 31, 2020.

On December 24th, 2020, the EU and Great Britain agreed on a trade agreement from January 1st, 2021. The treaty regulates future cooperation in trade and fishing, but also in areas such as justice, police and energy. 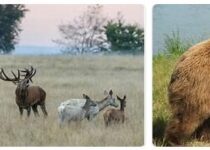 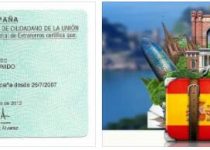