Skip to content
HomeEuropeDenmark Literature: from the Origins to the 19th Century

At the origins of Danish literature, as in other Nordic countries, is the oral tradition that collects stories of migrations of peoples, invasions, wars, such as the kaempeviser (heroic ballads) or the ridderviser (chivalrous songs), where the main theme is love, or, again, the trylleviser (magical ballads) on the fantastic vein of magic and gnomes; this tradition, however, is slow to materialize in pages of poetry. The earliest known written document is Bjarke’s poem (10th century), of which only a few stanzas were collected by the Icelandic Snorri Sturluson. From the end of the century. XII date the Gesta Danorum of Saxo Grammaticus (ca. 1150-ca. 1220), miscellany in 16 books of historical events up to 1187, myths, legends and fragments of epic songs. Remains of pagan mythology are still found in these stories and only starting from the century. XVI and XVII the first humanists studied and published anthologies on ancient themes, within which the influence of some French and German songs that had spread during the late Middle Ages was evident. As in all Protestant countries, the translation of the Bible consecrated a first affirmation of the national spirit. The major translator of Luther ‘s Bible in Denmark was Christiern Pedersen (ca. 1480-1554), who in 1550 brought up the Bible of Christian III. It can be considered the starting point of an already established language while scholars and scientists, such as the famous astronomer Tyge (Tycho) Brahe (1546-1601), continued to use Latin until the end of the seventeenth century. With Pedersen, once Lutheranism was officially adopted, which the development of the press had helped to spread, Hans Tausen (1494-1561) and Hans Christensen Sthen (1544-1610) stand out. In the sec. The seventeenth century continued and consolidated the erudite tendencies begun in the previous century, while the Baroque was manifested in the work of numerous authors, among which Thomas Kingo should be remembered (1634-1703).

A quick reference to the poets who were his contemporaries or who preceded him brings to the fore Anders Arrebo (1587-1637), author of the poem Hexaëmeron, translation of the poem La Première Semaine by Du Bartas, a characteristic work of transition towards the Baroque, Leonora Christina (1621-1698), daughter of Christian IV, and other minors, but still of particular interest, such as Peder Syv (1631-1702), who in 1685 published the first Danish grammar, and Anders Bording (1619-1677), poet of contemporary themes published in the journal he edited: Den danske Mercurius (The Danish Mercury). In the sec. XVIII Danish literature was influenced by foreign authors, in particular by the German Klopstock, by the encyclopedists Diderot, Rousseau and Voltaire, while the Norwegian by birth but Danish in language and customs Ludvig affirmed, dominating and conditioning an entire era. Holberg (1684-1754) whose satirical comedies, inspired by Molière, to the Commedia dell’Arte and also to the rationalism of the encyclopedists, aroused a wide echo of consensus. The presence here of a Norwegian is not surprising since the disappearance of Norwegian as a literary language had attracted many authors from that country to the Danish artistic and cultural orbit. On a line of sensitivity and lyricism it is certainly worth mentioning the poet Hans Adolph Brorson (1694-1764) of religious inspiration, with sometimes exasperated tones, which Johannes Ewald (1743-1781) tempered in the line of pietism that has become a characteristic of era in numerous countries. In addition to the lyrics, Ewald wrote tragedies and comedies (a chorus from the melodrama The Fishermen became the Danish national anthem).

Among the pre-Romantic it should be noted Knud Lyhne Rahbeck (1760-1830), lyricist, critic, founder of periodicals, who, despite his eighteenth-century taste, already revealed what would be the romantic revolution. He disseminated his ideas in the Tilskueren and Minerva magazines . The literary salon he animated with the collaboration of his wife brought together the best spirits of the time, including the radical Peter Andreas Helberg (1758-1841), influenced by the ideas of the French Revolution, and Jens Baggesen (1764-1826), already influenced by that romantic spirit which, born in Germany, soon had its followers also in Denmark. Among the most representative figures we should mention that of Adam Oehlenschläger (1779-1850), a friend of Goethe, of Tieck, by Schelling, by the Schlegel brothers and fruitful composer of lyrics, poems, novels and dramas, and that of Nikolai Frederik Severin Grundtvig (1783-1872), author of the great hymns inspired by the national tradition, which they had as first followers Thomas Kingo and Hans Adolph Brorson, also known as a religious reformer. Another author of excellent hymns was Bernhard Severin Ingemann (1789-1862), who devoted himself in particular to the historical novel on the everywhere rampant example of Walter Scott. Among the minor authors we should mention Carsten Hauch (1790-1872), who was also lucky with plays. Starting from 1830, the generation that has its greatest exponents in Johan Ludvig Heiberg (1791-1860), author of spirited vaudevilles, and Henrik Hertz (1798-1870), is distinguished by a tendency opposite to the emotional exaltation of the first romantics often moving on satirical tones, which find their maximum effectiveness in the theater with the criticism of the bourgeoisie. Among the poets we must remember Christian Winther (1796-1876), Emil Aarestrup (1800-1856), Ludvig Adolph Bødtcher (1793-1874) and the Jutlandic narrator Steen Steensen Blicher (1782-1848).

According to petsinclude, two great names attracted the world’s attention to Danish literature and philosophy in this period: they are those of Hans Christian Andersen (1805-1875), the immortal creator of fairy tales, and Soeren Aabye Kierkegaard (1813-1855), the greatest thinker of Danish history as well as a critic of Hegelian idealism and the theorist of the sentiment of anguish understood as a premise for the revelation of the divine. Of Kierkegaard it is enough to recall Diary of a seducer and Aut-Aut. Meanwhile, the critical decantation within the romantic movement is accentuated and the first changes are already being felt that will lead to realism. Among the first narrators of the new current we must remember F. Paludan-Müller (1809-1876), with the novel Adam Homo, MA Goldschmidt (1819-1887), HE Schack (1820-1859) and the poets C. Ploug (1813-1894) and V. Kaalund (1818-1885). In 1871 GMC Brandes (1842-1927), who had Kierkegaard as teacher, gave some lectures, later collected in the 6 volumes of the main currents in 19th century literature, which opened new perspectives to Danish culture. With Brandes, naturalismand the concept of art pour dell’arte made its first appearance in Denmark. Thus Danish literature was acquiring a cosmopolitan impulse, thanks also to the Politiken newspaperfounded, with others, by CEC Brandes (1847-1931), brother of Georg. The art of G. Brandes soon evolved towards the bourgeois aristocratism of the end of the century, typical of European intellectualism, while narrators such as JP Jacobsen (1847-1885), the poet H. Drachmann (1846-1908) and a host of other authors, including Sophus Schandorph (1836-1901). H. Bang (1857-1912), H. Pontoppidan (1857-1943), author of cyclical novels on contemporary Denmark, K. Gjellerup (1857-1919). The last two were awarded the Nobel Prize in 1917. Naturalism in prose was accompanied by the renewing influences of the Parnassians and the French symbolists. Poets in this group include LD Holstein (1864-1943), Helge Rode (1870-1937), J. Jørgensen (1866-1956) and S. Claussen (1865-1931). 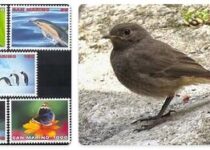 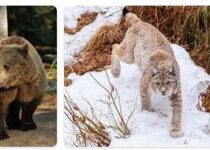