According  to intershippingrates, after around 78% of the electorate voted for an independent Estonia in a referendum on March 3, 1991, the country – v. a. under the impression of the attempted coup by conservative forces in Moscow (August 19, 1991) – on August 20, 1991 the restoration of independence; A wave of diplomatic recognition followed with Estonia’s admission to the CSCE (September 10, 1991) and the UN (September 17, 1991).

Domestically, after the adoption of a new constitution by referendum (June 28, 1992), parliamentary and presidential elections took place on September 20, 1992, in which only those citizens (and their descendants) had the right to vote who had been elected before the annexation (1940) had been Estonian citizens through the USSR. The conservative electoral alliance “Fatherland” became the strongest political force. L. Meri took office in October 1992 (confirmed in September 1996 for a further five years). On July 26, 1994, Meri and the Russian President B. N. Yeltsin signed an agreement that stipulated the withdrawal of the last Russian soldiers from Estonia (around 2,000 from previously around 30,000) by August 31, 1994. A passed in January 1995 by the Estonian Parliament and v. a. Citizenship Act criticized by Russia was amended on December 8, 1998 (facilitating the naturalization of non-esters).

From 1992 to 1994 Mart Laar (* 1960) was Prime Minister, whose cabinet was overthrown by Parliament in connection with a financial scandal by a vote of no confidence. He was succeeded as head of government (1994/95) by the previous environment minister, Andres Tarand (* 1940), who was replaced by Tiit Vähi (* 1947) as prime minister of a government formed from several coalition parties after the parliamentary elections on March 5, 1995. After his resignation (1997), Mart Siimann (* 1946) headed a minority government made up of changing parties. The center-right parties emerged successfully from the parliamentary elections of March 1999; Laar was again head of government. In September 2001 A. Rüütelelected as the new President (took office on October 8, 2001).

The signing of a new language law in December 2001 was recognized as an important step towards the integration of the Russian minority in particular, so that the OSCE decided to terminate its mission to monitor human rights in Estonia. After Laar’s resignation, Siim Kallas (* 1948; Estonian Reform Party [RE]) succeeded him in January 2002 as Prime Minister of a minority government with the Estonian Center Party (EK). The parliamentary elections of March 2, 2003 ended with a stalemate between the EC and the Union for the Republic – Res Publica (RP); the RE was only the third strongest force. The previous President of the Court of Auditors J. Parts As Prime Minister, (RP) formed a coalition government with the RE and the Estonian People’s Union (ERL), but this collapsed in March 2005. The new head of government was A. Ansip (RE; coalition with EK and ERL). On September 23, 2006, the former Foreign Minister T. H. Ilves was elected President (inauguration on October 9, 2006).

The parliamentary elections on March 4, 2007, in which, for the first time in the world, it was also possible to vote via the Internet (used by around 30,000 voters), was won by the RE led by Ansip (31 parliamentary seats); The second largest party was the EK (29 seats), followed by the Pro Patria – Res Publica Union (IRL, 19 seats), the Estonian Social Democratic Party (SDE, 10 seats), the ERL and the Greens (6 seats each). The then under Ansip The coalition government made up of the RE, IRL and SDE as prime ministers collapsed in May 2009 when the Social Democrats refused to approve measures (e.g. labor law reform) that the RE and IRL considered essential to combat the financial crisis. The two remaining coalition partners agreed to continue to govern as a minority government.

In the parliamentary elections on March 6, 2011, the RE, led by Ansip, won 33 of the 101 seats, the EK (26 seats) remained the second strongest, ahead of the IRL (23 seats). Ansip was thus able to continue the previous minority government of the center-right made up of the RE and IRL as a majority coalition. Parliament confirmed President Ilves in office on August 29, 2011.

The long-time Prime Minister Ansip surprisingly resigned on March 4th, 2014. According to the constitution, this led to the resignation of the entire cabinet. President Ilves instructed the Minister of Social Affairs T. Rõivas (RE) to form a new government. T. Rõivas forged a coalition of the RE with the previously opposition Social Democratic Party and was sworn in as the new prime minister on March 26, 2014, after he had received a majority support in parliament.

The government alliance of reform party and social democrats suffered losses in the elections on March 1, 2015 and lost its previous majority in parliament. The RE won 30 of 101 mandates and thus remained the strongest parliamentary force. The pro-Russian EC was able to win an additional mandate and, with 27 parliamentary seats, defended its status as the second largest party. 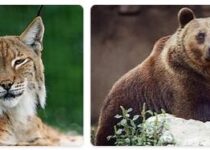 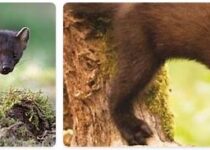 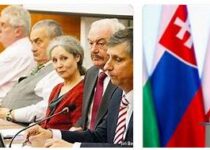