The co-ruling Social Democrats had 15 seats (2011: 19). The IRL lost 9 of its previous 23 seats. According to petsinclude, the Conservative People’s Party of Estonia and the Free Party of Estonia were able to move into parliament. T. Rõivas formed a new government made up of RE, Social Democrats and IRL. On April 9, 2015 he was sworn in for a second term as Prime Minister. Since President Ilves was not allowed to run again after two terms in office, a successor had to be elected in 2016. In view of the complicated majority in parliament, none of the candidates succeeded in gaining the necessary two-thirds majority in three ballots in August 2016. In September 2016, no applicant was able to secure the absolute majority of votes that was now required in the electoral college responsible. Finally, the main political forces agreed on the non-party K. Kaljulaid as a compromise candidate. She became the successor of TH Ilves on October 3rd, 2016 with 81 out of 101 votes elected and sworn in as President of the Republic on October 10, 2016. Disputes about the posting of party representatives to supervisory bodies of state-owned companies led to the breakup of the governing coalition on November 7, 2016. 63 of 91 members of parliament present withdrew their confidence in Prime Minister T. Rõivas on November 9, 2016 at the request of the opposition. MPs from his previous coalition partners also voted for his removal. Social Democrats and IRL agreed with the Center Party to form a new government alliance. President K. Kaljulaid, in charge of forming the cabinet, was J. Ratas on November 20, 2016, the chairman of the Center Party, who was ratified by Parliament on November 21st and whose government was sworn in on November 23rd.

In the parliamentary elections on March 3, 2019, the opposition liberal reform party under Kaja Kallas (* 1977) prevailed with 28.8% of the vote. The ruling Center Party of Prime Minister J. Ratas came in second with 23.1%. The right-wing populist and Euro-critical Estonian Conservative People’s Party (EKRE) headed by Mart (* 1949) and Martin Helme (* 1976) saw massive gains and doubled its share of the vote with 17.8%.

Foreign policy: Estonia, which was again independent and was increasingly able to free itself from Russia’s sphere of influence, strove, together with the other two Baltic states, for an early integration into the EC / EU, NATO and other European organizations. In 1993 Estonia became a member of the Council of Europe, joined NATO’s “Partnership for Peace” program in 1994, concluded an association agreement with the EC in 1995 and applied for membership in the European Union. On January 16, 1998, Estonia (together with Latvia and Lithuania) signed a “Charter of Partnership” with the USA. In November 1999, Estonia joined the WTO as the 135th member. After the EU accession negotiations were completed (1998–2002), the EU summit in Copenhagen in December 2002 decided to accept the country for 2004. In 2003 the population (with 66.9% of the vote and 63% voter turnout) also supported this step. On March 29, 2004, Estonia became a member of NATO; on May 1, 2004 it joined the EU. A border treaty between Russia and Estonia, for which negotiations were concluded in 1999, was signed in Moscow on May 18, 2005; the Estonian parliament approved the treaty.

Estonian Orthodox Church, actually Estonian Orthodox Church, the Orthodox Church in Estonia; Forming two autonomous churches legally since 1993. – After Estonia was annexed to the Russian Empirein the 18th century as a result of the Second Northern War (1700–21) by Peter I the Great, the Russian state “forced orthodoxy” of up to then Lutheran population. After the establishment of the Estonian state (1920), the Moscow Patriarchate denied the Orthodox Church in Estonia the status of autonomy in matters of internal administration. This then submitted to the “Orthodox Church of Estonia” (Own name often also: “Estonian Apostolic Orthodox Church”; headed by a metropolitan) of the jurisdiction of the Ecumenical Patriarchate. After the Second World War under state pressure as the “Diocese of Tallinn and Estonia” , the Estonian Orthodox Church in Exile, founded in Stockholm in 1944, continued the tradition of the “Estonian Apostolic Orthodox Church”, which became an autonomous church in Estonia in 1993 could reconstitute under the jurisdiction of the Ecumenical Patriarchate. In the same year, the Moscow Patriarchate granted the “Diocese of Tallinn and Estonia” autonomy in order to keep the Estonian population of Russian descent more ecclesiastical. Under the name “Estonian Orthodox Church” Today there are around 150,000 Orthodox Christians associated with her (predominantly of Russian descent); The head of the church (seat: Tallinn) has been Metropolitan Kornelij (Jakobs, * 1924) since 2000. The “Estonian Apostolic Orthodox Church” has an estimated 18,000-25,000 Orthodox Christians (mostly of Estonian origin); The head of the church (seat: Tallinn) has been Metropolitan Stephanos (Charalambidis, * 1940) since 1999. The disputes over ecclesiastical jurisdiction in Estonia led to serious disruptions in relations in the mid-1990s and also to a temporary cessation of church fellowship between the Moscow and the Ecumenical Patriarchate. 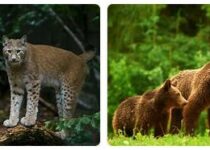 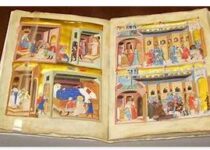