From a 300-700 m high, cross-steep west side, the upper side of each island often slopes steeply to the southeast until it dives below the sea surface in a slightly sloping slope. Slættaratindur (882 m asl) is the highest point in the Faroe Islands.

During the early Tertiary period (approximately 65–35 million years ago, dark basaltic lava was pulsing outwardly across a lowland from disintegrating cracks. Each lava blanket became tens of meters thick. Volcanism continued rhythmically until the series was 1 km thick, the land surface was continuously lowered, for a couple of years the upper surface of the soil became weathered, and plants migrated in. It was quite warm, deciduous trees dominated, and magnolia was common. which became 15–25 m of sandstone, carbonate and refractory clay, until they were buried under 2 km of basalt.

Millions of years later, part of this huge lava plateau was raised about 1-3 km. The waves of the North Atlantic eroded until the present Faroe Islands remained on the elevated block. Today we see the edge of the individual lava quilts as dark bands in the coastal slopes and as steps in the terrain.

The Faroe Islands have a cold-tempered, humid climate with a strong maritime feel, as the islands are surrounded by the warm Norwegian current. Winters are mild, 3–4 °C, and summers cool, around 11 °C.

Precipitation falls for about 250 days a year and amounts to 1,600 mm, but the local variation due to the topography is between 800 and 2,700 mm. Snow falls on average only for 45 days and remains only in the higher parts. Humidity is high and fog is abundant. West winds prevail and often achieve storm strength, especially in winter.

The plants and animals of the Faroe Islands have colonized the islands since the last ice age and are of northwestern European origin with few Arctic features. Many species came as free passengers with humans or have benefited from her transforming activities (breeding, sheep husbandry, etc.). Cultural influence is thus strong. As is usually the case on islands, there are relatively few species in the Faroe Islands; endemic species are missing.

The Faroe Islands make a uniform and green impression. The vegetation is dominated by grasslands, which at higher altitude transform into poorer mountain vegetation. Rice trees with heather and blueberry are common, while natural bush and tree vegetation is lacking. Plantations with mainly overseas conifers are found on several islands (a total of about 100 ha). There are few major wetland areas, but even more recently, local peat deposits were important as fuel sources. The most fertile vegetation is found in the bird mountains and in the numerous ravines and rock crevices, where the grazing sheep do not reach. The cultivated fields (usually about 5% of the area of the Faroe Islands), usually cultivated with stone farms, also have rich vegetation. The Faroe Islands have about 400 species of vascular plants, about 400 species of mosses and about 250 species of lichen.

The productive, fish-rich marine areas around the Faroe Islands form the basis for large numbers of seabirds, which nest in the steep bird mountains. The most conspicuous species are three-tailed gull, puffin, herringbone, stormbird and seabird. Other species are large-lab, smaller lira, and storm whales. Seabird fishing (including eggs and chicks) used to be an important source of nutrition, among other things. on Mykines, which is the most famous bird pay. On land, the beach treasure (the national bird of the Faroe Islands) is common, as are eiders along the coasts. Around the countryside you will see rock pigeons, starlings, gray sparrows and a Faroese breed of beasts. Stone falcon, which is the only bird of prey species, is rare. About 270 bird species have been found in the Faroe Islands, of which about 50 breed regularly.

Mammals on land include (in addition to pets) house mice, brown rats and forest hares (introduced in 1855 from Norway). Marine mammals include gray seals and gate selection. Of the latter, a few thousand are caught annually. In the few lakes and larger watercourses there are char, salmon trout, salmon, eel and big spike. Snakes and amphibians are missing. The insect fauna is poor in species (only about 1,000 species), and several groups are completely missing (eg ants, butterflies and mosquitoes). Land snails, snails and earthworms are well represented. The freshwater fauna is poor in contrast to the marine and rocky beaches. 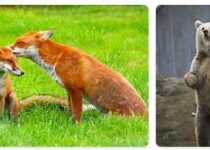 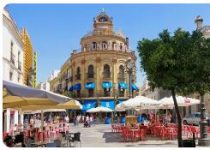 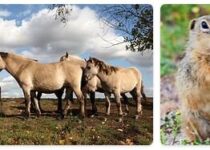