Despite the lack of a central state authority, the Estonian landscapes were able to repel Viking conquests or to shake off the East Slav tributary rule (1030 Yaroslav the Wise in Dorpat [today Tartu]). Towards the end of the 12th century, the emergence of the Hanseatic League led to an increase in European trade in the Baltic region.

Estonia as part of the religious state

After unsuccessful attempts at peaceful proselytizing, Pope Innocent III. in October 1204 the voyage to Livonia the rank of crusade. 1208–27 succeeded the Danes from the north and the German Order of the Brothers of the Sword (from 1237 as a Livonian branch of the Teutonic Order) from the south the subjugation and forcible Christianization of the Estonians (120–150 thousand). When the Danes sold the North Estonian area to the Teutonic Order in 1346, the Old Livonian Order State extended over the entire area of ​​what is now Estonia and Latvia until 1561. During this period, the indigenous population was gradually deprived of its rights. With the introduction of the lordship (15th century), the overwhelming part of the Estonians found themselves in the position of indigent and clod-dependent farmers. In the Hanseatic cities of Reval (now Tallinn) and Dorpat (now Tartu) the Estonian minority formed the lowest social class. This rule and ownership remained in place until the middle of the 19th century, which meant that Estonia had close cultural ties with the German region for 700 years.

Division of the country and Sweden time

According to aparentingblog, the 150-year struggle of the great powers for supremacy in the Baltic began with the unsuccessful attempt at conquest by Ivan IV (Livonian War 1558-82), which led to the fall of the religious state and the division of Estonia between Sweden, Denmark and Poland-Lithuania (1582-1629). The reforms of the Swedish era (1629-1710) brought some relief to the peasants. In 1632 Gustav II Adolf founded a university in Dorpat.

Russian rule and the rise of the national movement

In the Great Northern War (1700-21), Estonia was annexed to the Russian Empire. Peter I, the Great, guaranteed the old privileges of the Baltic German knights (Peace of Nystad, 1721).

The liberation of the peasants (1816/19) initially led to a deterioration in the social situation due to the loss of all manorial protection obligations. Only the reform (1856/60), which went back to the Livonian land marshal Hamilcar von Fölkersahm (* 1811, † 1856), gave farmers the right to purchase land. In the period that followed, a wealthy peasantry emerged from which the first generation of Estonian academics emerged (University of Dorpat), the bearers of the »National Awakening« (1850–80). In addition to an Estonian-language press, numerous Estonian cultural associations were established, and cultural life flourished (1857 Estonian national epic »Kalevipoeg«, 1869 first song festival) and efforts were made to establish Estonian secondary schools. The measures taken by the Russian government aimed at eliminating Baltic German privileges were initially welcomed by parts of the Estonian national movement; But this community of interests broke up when the entire school system was Russified from 1885 (repealed in 1905). Industrialization and urbanization encouraged the influx of Estonian workers and increased the Estonian population in the cities. The intensification of social differences in town and country led to the rise of a revolutionary Marxist movement since the 1890s. During the revolution of 1905 there was particularly serious unrest in the Baltic States, which was bloodily suppressed by the government.

Under the Provisional Government of Russia, Estonian politicians were able to achieve the administrative amalgamation of the Estonia Governorate with Northern Livonia and the islands in 1917. With the October Revolution, a Bolshevik council government came to power, while bourgeois circles now sought a detachment from Russia.

On the night of February 24th to February 25th, 1918, a so-called “rescue committee” under K. Päts took advantage of this the short period after the withdrawal of the Bolsheviks, immediately before the German invasion, to proclaim Estonia’s independence in Reval. After Germany surrendered in World War I, large parts of Estonia were reoccupied by the Red Army. However, the young Estonian army, in association with Finnish volunteers and the Baltic regiment formed from Baltic Germans, managed to bring the entire country under their control by the first anniversary of the establishment of the Estonian state. In the Peace of Dorpat (February 2, 1920), Soviet Russia recognized the state independence of Estonia, which in the same year adopted a democratic constitution with a clear predominance of the legislature. The exemplary regulation of the minority issue through the introduction of cultural self-government (1925) attracted international attention. Päts carried out a coup d’état in March 1934 and established an authoritarian system of government based on the conservative Peasant Party, which was modified with a presidential constitution (1938). 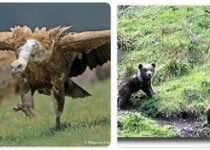 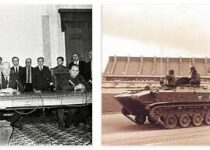 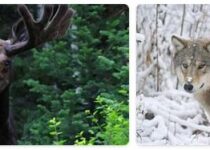