Excavations have shown the existence of advanced wooden architecture from the 9th to the 12th century. Geometric motifs decorate in various ways bracelets, buckles, necklaces, etc.; noteworthy, for this period, also the woolen fabrics, which attest to a lively sense of polychromy. In the following centuries, mainly foreign artists worked in Latvia, generally coming from Germany and Sweden; rustic architecture and folk art alone continue an original tradition. Examples of Romanesque architecture can be found in limestone buildings such as the castle and the church of Ikškile (12th century). In the 13th century. Gothic forms appear in a local variant first in simple and grandiose monuments in Rīga (cathedral) and then in richly decorated buildings (apsidal part of St. Peter’s). Also interesting are the Renaissance and Baroque forms that follow one another, both in the architecture and in the rich furnishings of the interiors and in the many funeral monuments of the churches (Holy Trinity in Liepāja, church of Pasiena, 18th century). The civil buildings are noteworthy (the palaces of Rundale, 1736, and of Jelgava, 1738, by BF Rastrelli). Gradually annexed to Russia, Latvia receives its classical taste. In the second half of the 19th century. artists such as K. Huns and J. Fedders flourish, pioneers of a national painting, who imitate the models of the schools of Düsseldorf and St. Petersburg.

The arts had a moment of particular development in Latvia during the period of independence: in architecture (until the end of the 1950s), in addition to the neoclassicism of F. Skuijņš, functionalism spreads with E. Stālbergs; painting and sculpture are influenced by the European avant-garde currents; the monumental sculpture is of some interest (Brothers Cemetery in Rīga, 1924-29, by sculptor K. Zāle and architect A. Birzenieks; the monument of poet J. Rainis, in Rīga, 1935, by K. Zemdega). 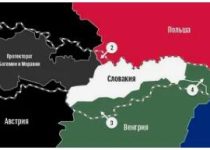 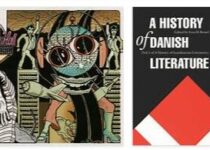