Okinawa is the largest island in the Ryukyu archipelago of Japan, located approximately halfway between Kyushu and Taiwan. The area of ​​the island is 1207 km². It is the largest island in Okinawa Prefecture, Japan. The main city is Naha (314,067 inhabitants). From Naha, the highway leads to the city of Shuri, an ancient seat of kings that flourished as a castle city during the Ryukyu Kingdom, and still impresses with its exquisite appearance of cobbled streets and roofs covered with traditional red tiles.

Okinawa is not really Japan. Even the Japanese themselves, if they come from other prefectures, feel a bit foreign here. The subtropical climate, turquoise sea and many excellent beaches make Okinawa an attractive holiday destination.

The sea of ​​Okinawa sparkles brightest in summer. However, you can dive here all year round, and the swimming season with a pleasant water temperature lasts in these parts from early March to late October. But Okinawa is not only the sea, but also beautiful nature, treasures of local culture, delicious food and much more.

Numerous coral reefs offer excellent diving conditions and many resorts for gluttons, while the main island of Okinawa has many resorts such as Manza Beach and Onna Beach, famous for their white sand beaches. The fantastic Gyokusendo caves are also a popular attraction.

The central part of Okinawa, with numerous US army bases located here, is the most “Americanized” part of the island. Many road signs here are in European languages. The American Village in Chatan City showcases the American style of urban planning and attracts tourists. The South-Eastern Botanical Garden is very popular, on the vast territory of which tropical flora is presented in all its diversity.

Okinawa holds the record for the longest living population. The average life expectancy here for men is 88 years, for women – 92; this is higher than in the rest of Japan by 10-15 years.

There are many folk songs in Okinawa called Shima-uta. Places where you can hear live performances of folk songs are called “Folk Song Bar”. Here, in a relaxed atmosphere, everyone dances and sings.

The central part is rich in theme parks of various kinds – history, culture, nature and much more. The abundance of shallows in the waters of the coast, not only beautiful, but also give you the pleasure of swimming, windsurfing, fishing. 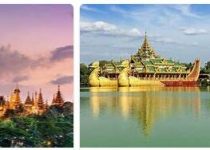 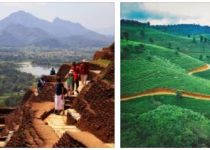 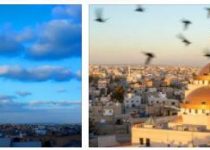