Scone Palace
Scone Palace issaid to reflect the history of Scotland like no other place. 1,500 years ago Scone was the capital of a Pictish kingdom and an important seat of the ancient Celtic church. For centuries it has been home to parliaments and the coronation site of Scottish kings. The last king to be crowned here was Charles II in 1652. It housed a replica of the Stone of Destiny and Shakespeare immortalized it in his drama MacBeth.

Scone Castle is located high above the River Tay in the Perth Highlands. The palace complex fascinates with various sights such as the abbey and the gardens, the maze, the library, the ambassador’s room, the octagon and the Lennox room. The castle has been owned by the Earls of Mansfield for around 400 years. The castle has around 133 km 2 of land, 20 km 2 of which is forest. Parts of the castle are inhabited by the Mansfields, the remaining parts are open to the public. It should be mentioned that David Douglas (1799-1834), after whom the Douglas fir tree was named, lived and worked here.
Perth
Scotland
PH2 6BD
Tel. 0044- (0) 1738-552300
E-mail: [email protected]

Craigievar Castle
Craigievar Castle in the hinterland of Deeside is perhaps the best-known Dee-Castle and is considered the pinnacle and archetype of the baronial style. The growths of the crown of turrets and battlements are separated from the trunk by a multi-tiered frieze. The building, with its Renaissance chambers spread over five floors, is located in a park that is open to visitors all year round.

Kildrummy Castle
Kildrummy Castle is known as the finest ruin in Scotland. It was built in the 13th century on the model of the French Chateau de Coucy by Norman barons and has been besieged and stormed several times in the course of its history. The Kildrummy Castle Gardens are romantically overgrown, the small streets in the area lead through wide valleys and field landscapes. Nearby is Corgarff Castle, a 16th century tower house with Georgian barracks and a star-shaped artillery wall from the occupation after the Jacobite uprisings.

Blair Castle
The white plastered, crenellated castle is located in the central highlands of Perthshire. It was built between the 15th and 19th centuries in the Scottish baronial style and now belongs to the 11th Duke of Atholle. Anyone who visits Scotland will likely visit Blair Castle with good reason; The property has been renovated with a lot of money and taste and a restaurant and shop complex has been added to it. The rooms inside the castle are representative and partly decorated with stucco ceilings, and all kinds of curiosities are on display. Blair Castle is set in a spacious park that allows for lots of family fun all day long. There is a baroque garden, peacocks, an adventure playground, deer enclosure, pony rides and of course hiking trails through the old trees.

Culzean Castle
In the south-west Lowlands of Ayrshire, this castle is one of Scotland’s most popular attractions. The castle was designed by the architect Robert Adam: between 1780 and 1800 he transformed the old tower house of the Earl of Cassilis into a magnificent neo-Gothic building. It rises above the rocky cliffs of the west coast and fascinates in its interior with room suites with Adam mirrors, stucco ceilings, the oval staircase and the weightless salon with a sea view. The National Trust has put a lot of effort into renovating the castle, Adam Viaduct, and landscaped park.
Tel. 0044- (0) 131-2439300
www.nts.org.uk

Dunnottar Castle Perched
on a cliff above the sea, 2.5 km from Aberdeen, are the ruins of the castle, which is protected on three sides by the water and on the land side by a chasm. The keep is very well preserved and the remains of the palace and chapels give a good impression of the former size of the castle.

Drumlanrig Castle
This late Renaissance courtyard was built to plans by Sir William Bruce. The Dukes of Queensberry and later Buccleuch lived here. The red sandstone castle with Douglas fortress towers over the gardens of a country park and contains a collection of paintings that is second to none.

Caerlaverock Castle
Some consider this ruined castle to be perhaps the most beautiful in Scotland. It is enclosed by a moat and was built in the 14th century on an almost triangular floor plan. It is located in the southwest Lowlands near Dumfries.

Edinburgh Castle
This city landmark is located in Edinburgh’s Old Town on Castlehill. According to legend, the Picts built a castle on this site as early as the fifth century. Edinburgh Castle is well preserved and has been permanently inhabited for over 1,000 years. For many years it was used as the residence of kings. The castle dominates the image of the city center, and the silhouette of the castle towers high above the houses. The Military Tattoo takes place in Esplanade Square every summer and a cannon is fired in the Half Moon Battery every weekday at 1 p.m. Other attractions of the castle are the bronze statues of the national heroes Robert I the Bruce and William Wallace, the water tower, the Scottish National War Monument, the royal palace with the crown hall,
Castlehill
Edinburgh
EH1 2NG
Tel. 0044- (0) 131-668 8800

Palace of Holyroodhouse
This palace is the official residence of the Queen in Scotland. The mountain Arthur’s Seat forms the spectacular background. The interior of the palace has witnessed many significant events in the lively history of Scotland, as well as the most dramatic episodes such as that of Queen Mary’s secretary, Rizzio, who was murdered.
Palace of Holyroodhouse, Canongate
Royal Mile,
Edinburgh, EH8 8DX
Tel. 0044- (0) 131-556 5100
Opening times
Daily from 9:00 a.m. to 6:00 p.m.
Closed from June 19th to July 8th
Email: holyroodhouse @ royalcollection. org.uk
www.royalcollection.org.uk

Urquhart Castle
This old castle is situated on a small headland on Loch Ness. The castle is uninhabited and in a very good condition. The beginnings of the castle go back to the 6th century. It is worth mentioning the architecturally very sophisticated information center with souvenir shop, bookstore, café and toilets. In front of the castle, which previously served as a fortified castle, there is a slingshot, with which 14 kg stones could be fired about 140 m far and with great accuracy. From the tower of the castle you have a fantastic view over Loch Ness.

Culzean Castle
Culzean Castle is romantically situated on a rock on the coast in the middle of a large park, which opened in 1969 as the first public country park in Scotland. The castle itself was built between 1777 and 1792 by the Scottish architect Robert Adam and is particularly charming due to its attention to detail and its excellently coordinated interior decor. 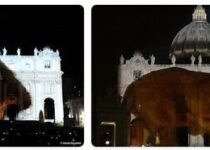 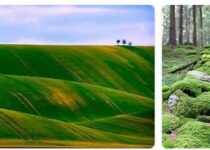 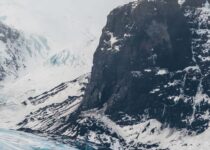