Skip to content
HomeAfricaGeography of Sao Tome and Principe

Both islands are of volcanic origin and are a continuation of the course of volcanism that extends from the Cameroon Mountains to the southwest. The islands have volcanic highlands and lowland coastal areas. The highest mountain is Pico de São Tomé (2,024 m above sea level) in the western part of the main island. From the highlands, watercourses are striving down to the lowlands.

The islands have a tropical climate and the temperature is around 27 °C, with slight variations during the year. Above the 600-meter level, the temperature drops to about 20 °C. The rainfall is around 1000 mm per year at the city of São Tomé. The rainy season lasts from October to May. In the mountain areas, the annual rainfall rises to 2,000 mm.

Thanks to the steep and difficult to reach landscape, there are still large areas of tropical rainforest, which in higher areas turn into mountain rainforest. In the lowlands there were formerly large cultivations of sugar cane, coffee and cocoa, which today are partly replaced by mainly forest. On the coast there is a local mangrove. There are about 750 species of flowering plants.

Only eight land mammals are known from São Tomé and Príncipe, two of which are endemic, the fly dog Myonyʹcteris brachyceʹphala and the beak mouse Crociduʹra thomeʹnsis. The proportion of endemic species is also high for other animals: 24 out of 63 breeding bird species, 7 out of 16 herbivorous species and all nine amphibian species.

In 2011, São Tomé and Príncipe had no nature-protected areas. However, discussions have been held about establishing a so-called ecological zone comprising the still untouched parts of the two main islands.

São Tomé and Príncipe Island state in equatorial Africa, in the Gulf of Guinea, formed by the island of São Tomé, the island of Príncipe and some uninhabited islets. 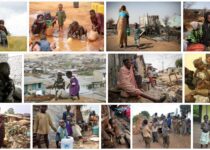 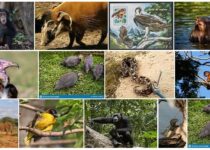 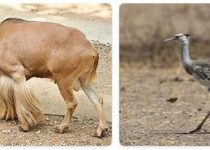