In the 1994 elections, the PSB secretary Jan Videnov was elected prime minister and in January 1995 the PSB formed a three-party coalition with the electoral partners, led by its leader Videnov who, however, did not prove capable of resolving the structural problems of a economic and social crisis characterized by very high inflation. The crisis, moreover, was cleverly exploited by the opposition which, in the 1996 presidential elections, managed to get their candidate Peter Stoyanov elected.  However, the situation did not stabilize and massive demonstrations paralyzed the capital daily. Stoyanov then dissolved Parliament and called early elections (May 1997), won by the UFD, whose leader, Ivan Kostov, was appointed prime minister. Under the leadership of the new center-right government, therefore, Bulgaria embarked on the path of economic reforms agreed with the International Monetary Fund, to restore the national economy, now on the verge of bankruptcy. Having obtained the first significant results in terms of economic and financial stabilization of the country, President Stoyanov and Prime Minister Kostov intensified their efforts to bring Bulgaria closer to the EU. This government, however, soon saw some members accused of corruption and precisely for the questionable management of power by Kostov: in the political elections of June 2001, the Union of Democratic Forces (UFD) was flatly defeated. The polls assigned the victory to the new National Movement of Simeon II, the party founded by the former monarch who had returned home from exile a few months earlier; a political success determined by a popular vote that rewarded the person rather than the party.

Consequently, having won the majority of seats in Parliament by the National Movement, according to Computerminus, President Stoyanov gave Simeon II the task of forming the new government. However, the subsequent presidential elections (November 2001) also marked a change at the top, appointing the leader of the Bulgarian Socialist Party (PSB), Gheorghe Parvanov, as head of state. In 2003 the Bulgarian government decided to send a small but significant military contingent to Iraq alongside the US forces; in March 2004 the country officially joined the BORN; the EU accession treaty was then signed (April 2005), set for January 1, 2007. The political elections of June 2005 assigned the majority to a coalition of parties led by the Socialists with 31%, while the party of Simeon II stood at 20%. Thus the socialist Sergei Stanišev became prime minister, supported by a coalition between the socialists, the Simeone movement and the MLD. In 2006 the presidential elections were held, which were won by Parvanov with 75.9% of the votes. On January 1, 2007, the country joined the European Union. In May, the first elections for the European Parliament took place in which only 30% of the voters participated and which were won by the right-wing Gerb party with 21.69% of the votes, against 21.41% of the socialists in government. In July 2009 the Gerb won the legislative elections with 39.7% against the Socialist Party of Stanišev which remained at 17.7%, while in October 2011 the Gerb candidate Rosen Plevneliev won the presidential elections in the ballot, defeating the socialist Ivailo Kalfin. Early political elections were held in May 2013 after a series of protests forced the conservative premier Bojko Borisov of the Gerb to resign; the center-right coalition won but without obtaining a majority. A government coalition was formed, supported by the center-left parties, led by Plamen Oresharski. In August 2014, following the resignation of the Oresharski-led government, a new interim executive headed by Georgi Bliznashki took office.

History: Before The Bulgarians

The most ancient human vestiges in Bulgaria date back to the Paleolithic, of which there have been notable finds in Devetaki with a long sequence that begins with Mousterian levels and in the Baco Kiro cave, with very ancient levels of the beginning of the Upper Paleolithic, dated to ca.. 43,000 years ago (Würm II-III interstage). Densely populated, it appears to have been in the early Neolithic times , to which the remains related to the Karanovo culture date back. To this period and to that of the following Bronze Age belong imposing settlements with mounds, some of which are over 10 m high. The rich necropolis of Varna, the early diffusion of a rudimentary type of writing (Gradenitsa tablet) and the size of these settlements testify to the high cultural level and social complexity of the populations of the region in the fifth and fourth millennium BC. C. The territory of present-day Bulgaria was partly included in the first organized state of the region, the kingdom of the Dacians, and partly in that of Macedonia; after the conquest of Macedonia by the Romans, Bulgaria, or lower Moesia, remained a borderland, subject to continuous military operations, until the wars (101-106 AD) with which the emperor Trajan conquered Dacia. A century and a half later, after the continuous invasions of peoples from N and E forced the Romans to withdraw from the new possession, the emperor Aurelian in 260 fixed the border along the Danube, forming a new province on the Bulgarian territory. called Dacia Aureliana, with its capital in Serdica (today’s Sofia), in which important emperors such as Constantine the Great and Galerius were born and which would still remain under the sovereignty, at least formal, of the Eastern Roman Empire. 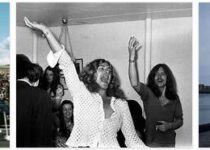 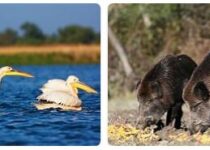 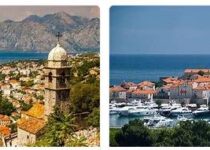