The island of Cuba is a long and narrow strip, whose widest part (Playa Tararaco Ganado – Punta Camarón Grande) measures 191 km and the narrowest (Mariel – Majana) just 31 km, with a coastline length of 3,209 km to the North and 2,537 km to the South. Cuba exercises maritime jurisdiction up to 12 miles (19.2 km) and fishing jurisdiction up to 200 miles (320 km).

It extends between 74 degrees, 7 minutes, 52 seconds and 84 degrees of western longitude in relation to the Greenwich Meridian, and between 19 degrees, 46 minutes, 36 seconds and 23 degrees, 17 minutes and 9 seconds of north latitude. The limits of the Cuban archipelago are: to the North, the Florida Strait, which separates it from the United States of America by 180 km, and the San Nicolás and Viejo de Bahama channels, which separates it from the Community of the Bahamas by 21 km; to the East, the passage of the Winds between Cuba and the Republic of Haiti for 77 km; to the South, the Caribbean Sea and the Strait of Colón, the latter separates it from Jamaica by 140 km; and to the west, the Yucatan Strait, towards the United States for 210 km.

The relief in Cuba is characterized by the presence of marine and river terraces, the special development of karst and the types of biogenic coasts. Also the bare slopes or with a little powerful cover of loose sediments that are intensely washed in rainy seasons predominate. Plain relief predominates in 75% of the territory, followed by low heights and mountains. 4% of the national territory is occupied by wetlands.

The valleys, mountains, plains and adjacent valleys of Cuba are supported by a rocky substrate of a very varied nature. The oldest rocks in Cuba are up to 1 billion years old, and the oldest mineral (zircon) is 2.5 billion years old; but soils and minerals less than 200 million years old are common. Cuban rocks represent diverse environments and paleogeographic situations that no longer exist, whose evolution in time and space led to the formation of the current territory [46]

The climate of Cuba is warm tropical seasonally humid, with maritime influence. Its geographical location in a latitude very close to the Tropic of Cancer conditions the reception of high values of solar radiation and determines the warm character of its climate. However, it is also in a unique position on the border between the tropical and extratropical circulation zones, receiving the influence of both on a seasonal basis.

Among the meteorological events that most frequently affect the island are hurricanes, cold fronts and the south, with the greatest impact on the western region of the country. The annual mean values of temperature range from 24 ° C in the plains, to 26 ° C and more in the eastern coasts, observing a decrease in the values of this variable in the areas corresponding to the main mountain systems of the country.

The element of greatest variability in the climate in Cuba is rainfall. The accumulated average annual rainfall in the country is 1,335 mm. In most of the territory, the year is divided into two seasonal periods, the rainy one (from May to October) where approximately 80% of the annual total is registered, and the dry season (from November to April) with the remaining 20%..

Relative humidity is normally high, with values above 60%. The daily maximums occur at sunrise (sometimes it is higher than 95%), higher in mountainous areas and in the interior of the country. The minimums (at noon) are located on the coasts, decreasing to approximately 60% in the interior of the territory.

The geographical location and the elongated and narrow configuration of the island of Cuba give it certain peculiarities in the arrangement of its river network. There are two slopes: the north and the south. The length of the rivers and the area of their basins in 85% of the cases is less than 40 km and 200 km2, respectively.

In the Cuban ecosystem, the total number of species is 32 080 with 42.7% terrestrial endemism, which constitutes a resource of inestimable value for the country. A National System of Protected Areas has been structured, highlighting four Biosphere Reserves, internationally recognized for their degree of diversity and conservation.

The flora is characterized by an extraordinary richness of species and a considerable endemism, mainly in mountainous areas. About 11,000 species are reported, of which 6,300 are endemic (just over 50%), and of them 4,500 are dicotyledonous.

Cuba ranks first in the Antilles for the endemism of higher plants. Among the valuable endemics we can mention: the cork palm, the teacher or butter cashew (an ancient tree, one of the first with flowers and survivor of the Cretaceous flora; the pot-bellied palm, the Cuban dracena, the cimarrón avocado, gigantic cactus, the Mayarí pine, the Maestra pine The vegetation presents different types of forests, bushes, herbaceous, vegetation complexes and mangroves, also finding the scent carob, among others.

The fauna has very remarkable characteristics due to its origin and evolution, as well as the influence of the territory that does not present natural barriers. It is poor in terms of groups represented, but many of those that exist are highly diversified and prone to microlocation (endemism). 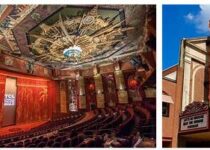 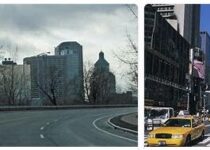